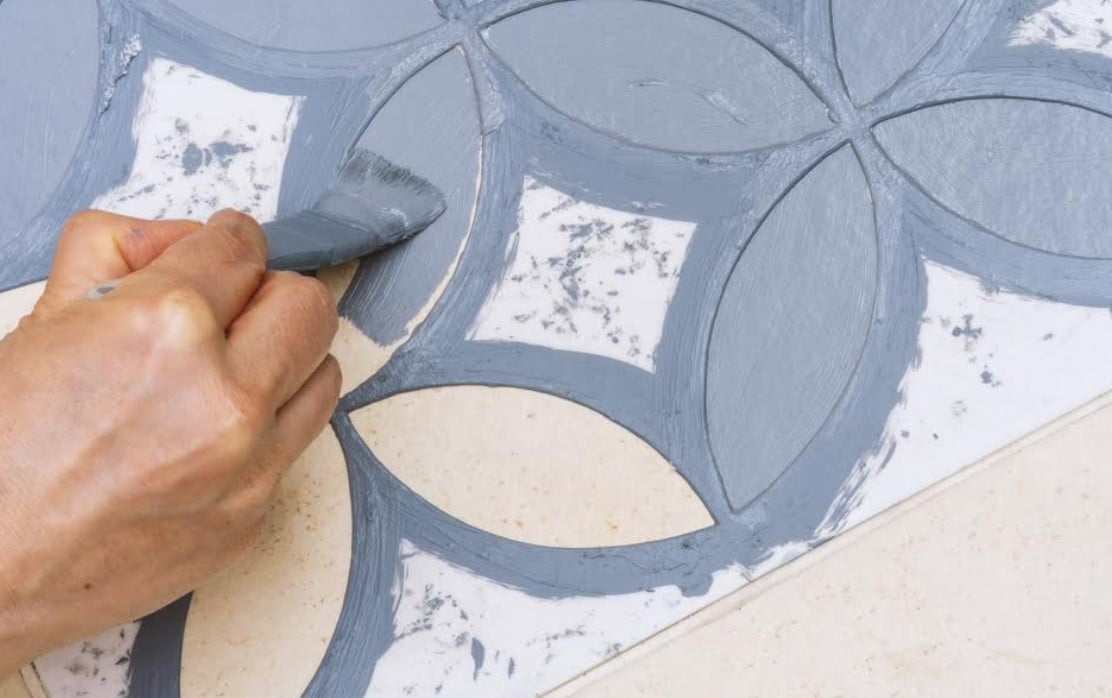 I am not afraid to admit that, as a child, I had a strange fascination with stencils. My father had a complete set of paper stencils that covered everything from block letters to the common symbols that are now considered part of internet shorthand. I even owned an original Spirograph, which was a lot like stencils except that the pieces were supposed to be moved around.

I discovered last month that adults use stencils too! Imagine my surprise upon watching a Jami Ray Vintage video in which Jami Ray and her husband created a piece of functional artwork by combining an old picture frame with a piece of DIY slate. They then decorated the slate using erasable chalk paint and, you guessed it, flower and letter stencils.

It was awesome to see them turn a couple of pieces of ordinary stuff anyone might have in the house into a beautiful piece that can simultaneously act as a decoration and a chalkboard for passing family messages. And to think these two professionals decorated with stencils. It was almost too much to bear.

Stencils All Over the Place

Watching the Jami Ray video encouraged me to do a little bit of stencil research. I discovered a couple of things. First, stencils are literally all over the place. Second, I apparently don’t get out much. I discovered you can purchase stencils for adults at craft stores, big-box hardware stores, and just about every department store under the sun.

With some stencils and a little bit of paint, you can put your name on your mailbox. You can paint lovely little designs in your windows. It never dawned on me that all those faux frosted windows that appear every Christmas season are created by combining stencils with fake window snow.

Artistry Where There Is None

After coming to terms with the fact that I had missed an entire universe of stencils over more than 30 years of adult life, I then pondered my newly discovered knowledge and its implications for humanity. This led to the admission that stencils make it possible to create artistry where there is none.

Left to my own devices, I could not write a legible sentence if I tried. Attempting to freehand my name on the mailbox would result in letters that vaguely resemble a cross between Klingon and whatever language they write in the Star Wars universe. It would look like a mishmash of scribbles and geometric symbols with no apparent meaning.

But give me a stencil and some paint, and suddenly my name becomes legible. If only I had a stencil to sign checks and contracts. Then again, I have a rubber stamp and ink for that. But signing with stencils would be pretty cool!

I Can Still Blow It

I did some additional research on stenciling and discovered, to my chagrin, that I can buy the highest quality stencils and paint in the world and still blow it. Apparently, you have to find a way to secure your stencil in place or you wind up with paint leakage. One way around it is to not use paint. Instead, pens and markers do the trick. But where’s the fun in that?

I guess that what I’m trying to say is this: stencils aren’t just for kids. There are very skilled people, like Jami Ray, who use them to create beautiful pieces of art they sell in craft co-ops, antique shops, etc. And if they can do it, anyone can. Now, if you’ll excuse me, I have a mailbox that needs my name added to it.