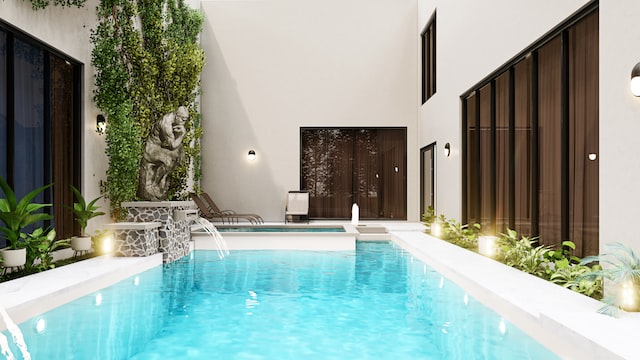 A pool pump is an important part of every swimming pool. It is essentially the heart of the circulatory system of the pool. It draws water from the swimming pool and forces it into other machinery where it is filtered, treated, and heated, resulting in warmer, cleaner pool water. Your pool pump is also among the top energy-consuming equipment in your house.

Reasons to Invest in a Variable-Speed Pool Pump

There are several reasons why a variable-speed pool pump is a perfect addition to your home swimming pool. Some of them include:

You need not keep your pool pump running constantly to keep the water in your swimming pool clean and healthy. In reality, the pump can operate at a considerably lower pace when purifying water unlike when it is performing intensive tasks like operating a water fountain. Installing variable-speed pumps for your swimming pool is one of the best ways to cut down on your energy consumption. Variable-speed pool pumps allow pool owners to operate their swimming pools at a slower pace for longer time periods. This is different from single-speed pool pumps, which run at a faster speed for a lot less time. A single-speed pump frequently operates at far greater speeds than required, which results in constant energy loss. This can be avoided by using variable-speed pumps.

A variable-speed pump may seem like a costly investment in the beginning. But even though the initial cost is higher, the long-term savings are greater. The energy usage of the pool pump also decreases proportionally as its speed is decreased; therefore, even a small reduction in pump speed can result in big financial savings. By simply replacing the pool pump, pool owners might save as much as 83 % on their annual energy bills. Variable-speed pumps also have a feature that lets the pool owners adjust the running speed to the value they need, again cutting down on the energy bill.

Most swimming pool owners who have single-speed pool pump wind up operating them for 8 hours per day or fewer because of the high expenses and loud operational noise. As a result, the water in the pool sits stagnant for the greater part of a day, causing the buildup of harmful bacteria and numerous other contaminants. Pools will need more chlorine as contaminants accumulate, which will produce more hazardous chloramines that irritate skin and give off a strong odour. Some pool owners only use their single-speed pool pumps during the night to save money on electricity. This creates even more issues since the pool water remains still during the daytime when there is sunlight, allowing the ultraviolet rays to destroy the chlorine.

But a variable-speed pump can operate for a longer amount of time, even 24 hours a day, while using less energy and making less noise. The pool will have better circulation as a result, which will make it healthier and require minimal chemicals.

Simply running your pool pump is not enough to keep your swimming pool in top-notch condition. There are several other factors that play an important part in this, like where you reside, how often you use the pool and the horsepower of the pump. Also, when the pump runs continuously at high speeds, the filter efficiency suffers. Installing variable-speed pumps will allow you to reduce the operating speed of the pump. This will make your filter function more efficiently, giving you a healthier and cleaner pool and extending the lifespan of the filter. Variable-speed pumps also allow you to run them at reduced speeds during filtering hours. This makes filtering more efficient, thereby reducing energy consumption and cutting down on energy bills.

Several standard programming functions are available with a variable-speed pump, which allow pool owners to completely control how and when their pump functions. The pump can be programmed to change speeds automatically. It can also be adjusted for features and operations that demand higher speeds, like activating water features and vacuuming.

Many pool owners are often reluctant to consider installing a variable-speed pool pump due to its high initial costs. But it can be a great financial investment in the long run and can improve the performance of other pool equipment as well. It is also much less expensive than maintaining an ineffective pool pump. It is also an ideal choice for you if you are an environmentally conscious person.